Singapore at 50: From swamp to skyscrapers

Just how did tiny ‪#‎Singapore‬ grow from swamp to one of the richest countries in the world?

Singapore at 50: From swamp to skyscrapers
Fifty years ago Singapore gained independence - it became one of the region's leading economies thanks to immigrants like Sharanjit Leyl's grandfather.
BBC.COM

South Korea’s president, Park Geun-hye, is pushing the idea of unification as a “bonanza”. For the North, whose minuscule economy is roughly 40 times smaller than that of the South and is only beginning to show signs of reform, that would certainly be the case. But what of South Korea’s gains? Today’s ‪#‎Dailychart‬ compares the Korea North-South divides http://econ.st/18tWU03

Vladimir Putin has been courting Asian friends old and new. Mr Putin is holding a big party in Moscow in May to mark the 70th anniversary of Nazi Germany’s defeat. He has invited Xi Jinping of China; North Korea’s Kim Jong Un and President Park Geun-hye of South Korea—though as a staunch American ally, Ms Park will find it hard to gohttp://econ.st/18ovmZY

Bear with us
IN WHAT must have seemed a good idea at the time, Julie Bishop, Australia’s foreign minister, this week gave an interview to BuzzFeed, a digital news-service,...
ECON.ST 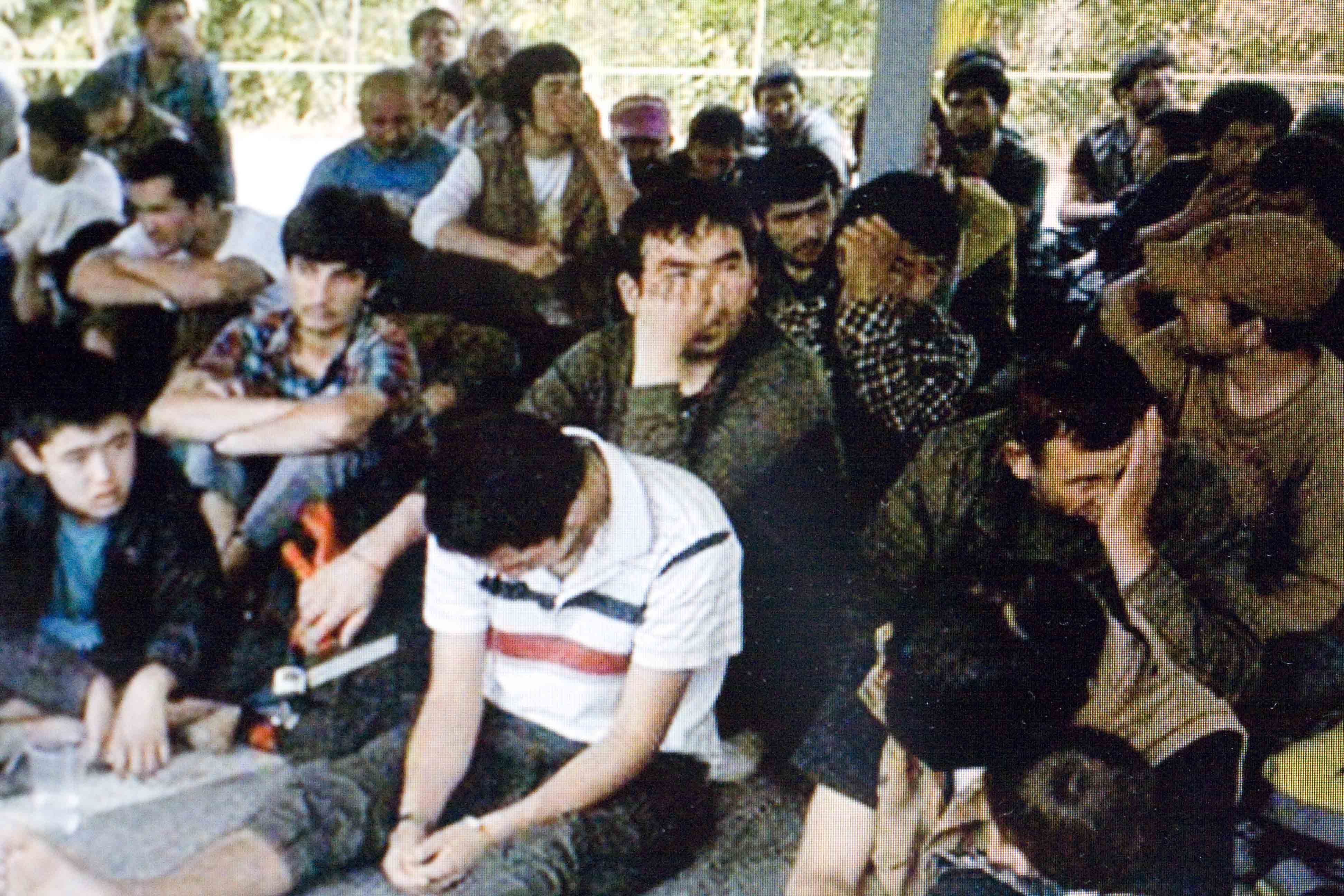 Bomber Kills Up to 8 in Xinjiang

Bomber Kills Up to 8 in Xinjiang, Radio Free Asia Reports

HONG KONG — A suicide bomber in the volatile Chinese region of Xinjiang killed as many as eight people on Friday when he grabbed a police officer and set off an explosive device attached to his body, according to a report by Radio Free Asia.
香港——据自由亚洲电台(Radio Free Asia)报道，在中国形势不稳定的新疆地区，一名自杀式炸弹袭击者上周五一把抓住一名警察，并引爆了绑在他身上的爆炸装置，致多达八人死亡。
The young man, a member of the Uighur ethnic group, set off the device in Hotan Prefecture, an impoverished part of Xinjiang near the border with India and Pakistan, the report said. In addition to the deaths, at least seven people remained hospitalized, Radio Free Asia, a news service funded by the United States government, reported on Monday, citing interviews with a hospital worker and a shopkeeper.
报道称，该名维吾尔族男青年在和田地区引爆了爆炸装置，和田是新疆靠近与印度和巴基斯坦边界的一个贫穷的地区。由美国政府资助的新闻机构自由亚洲电台周一引述对一名医院工作人员和一名店主的采访报道称，除遇难者外，至少有七人仍在医院接受治疗。
The account could not be independently confirmed, and the Chinese state news media had yet to report on the attack.
记者无法独立何时该叙述，中国国家新闻媒体尚未对是次袭击进行报道。
In recent years, Xinjiang, in China’s far west, has been the scene of many bloody clashes between Uighurs, a Turkic group that makes up about 40 percent of the region’s population, and the ethnic Han who make up China’s majority. Violence between Uighurs and Han in Xinjiang’s capital, Urumqi, in July 2009killed nearly 200 people.
近些年，中国最西部的新疆发生了许多起维吾尔人和汉族人之间的流血冲突。维吾尔人属于突厥民族，占该地区人口约40%；汉族在中国人口中占大多数。2009年7月发生在首府乌鲁木齐的维汉暴力冲突致近200人死亡。
Some of the Muslim Uighurs have embraced radical forms of Islam, and many resent the political and economic domination of their homeland by Han. Some Uighurs want to set up an independent East Turkestan.
一些维吾尔族穆斯林信奉了激进的伊斯兰教派，许多人都对汉族对他们家园政治和经济上的主宰怀有怨恨。一些维吾尔人想要建立一个独立的东突厥斯坦(East Turkestan)国。
Radio Free Asia reported that Friday’s attack took place in Guma County, known as Pishan in Chinese. A man who answered the telephone at the Pishan County Public Security Bureau said he had no information about the attack, and a man at the Pishan County People’s Hospital said, “We’re not allowed to answer your question, sorry.” Neither man would give his name.
自由亚洲电台报道称，周五的袭击发生在固玛镇(Guma County)，其被中国称为皮山镇。一名在皮山镇公安局接起电话的男子称，他没有关于是次袭击的信息，一名在皮山县人民医院的男子称，“我们不能回答你的问题，抱歉。”两人均不愿透露姓名。
Hotan Prefecture, part of the Uighur heartland in southwestern Xinjiang, is one of the region’s poorest areas. In recent years, it has been the scene of several deadly clashes between Uighurs and the police. In July 2011, 18 people in Hotan died when rioters stormed a police station. In recent years, such violence has spilled across Xinjiang’s borders to other regions of China.
属新疆西南部维吾尔族中心地带的和田地区是新疆最贫困的地区之一。近年来，这里发生了数起维吾尔人与警方之间的致命冲突。2011年7月，暴徒闯进了和田的一个派出所，18人在事件中丧生。近些年，这样的暴力事件已跨出新疆的边界，在中国的其他地区出现。
Last March 1, a group of knife-wielding assailants went on a rampage in a crowded railway station in Kunming in southwestern China, killing 29 people and wounding more than 140. The Chinese government said the attackers were Uighurs. The following month, assailants armed with explosives and knives killed at least three people and wounded 79 outside a train station in Urumqi, an attack the government also attributed to Uighur separatists.
去年3月1日，一群持刀袭击者在中国西南部昆明的一个拥挤的火车站疯狂砍杀，致29人死亡、逾140人受伤。中国政府称，袭击者是维吾尔人。随后的一个月，携有爆炸物和刀具的袭击者在乌鲁木齐一火车站外杀死了至少三人，致79人受伤。政府称，该次袭击也是维吾尔族分裂分子所为。
The Urumqi attack in April coincided with the end of a visit to the region by President Xi Jinping. During Mr. Xi’s two years as China’s top leader, his government has taken an increasingly uncompromising stance toward Uighurs who advocate anything that strays from total support of the Communist Party and its policies.
4月在乌鲁木齐的袭击适值习近平主席对该地区的一次访问行程的末尾。在习近平作为中国最高领导人的两年间，其领导的政府对不主张全力支持共产党及党的政策的维吾尔人采取了越发强硬的立场。
Ilham Tohti, a Uighur economist fluent in Chinese who taught at a university in Beijing, was sentenced to life in prison in September for inciting separatism. Mr. Tohti had argued that China’s policy of repressing an entire ethnic group in a bid to curb the attacks was counterproductive and led to more violence.
曾在北京一所大学任教、中文流利的维吾尔族经济学家伊力哈木·土赫提(Ilham Tohti)于9月因煽动分裂被判处无期徒刑。土赫提曾提出，中国试图通过压制整个民族来控制袭击事件的做法是适得其反的，会导致更多暴力事件。
Patrick Boehler contributed reporting.
Copyright © 2013 The New York Times Company. All rights reserved.
傅才德(Michael Forsythe)是《纽约时报》记者。
Patrick Boehler对本文有报道贡献。
張貼者： hanching chung 於 下午10:34 沒有留言:

On February 12th 1947 General Aung San, the father of independent Burma, signed the Panglong agreement with representatives of the Shan, Chin and Kachin people—three of the largest of the many non-Burman ethnic groups that today make up about two-fifths of Myanmar’s population http://econ.st/19JSEda
參考翻譯

Foreign investment has come flowing in: between 2010 and 2013 Myanmar’s foreign investment nearly tripled—a rate exceeding that of any other ASEAN country except the Philippines. It is not hard to see why. Myanmar sits between the markets of the two most populous countries in the world, China and Indiahttp://econ.st/19JSEda

Xi Jinping, China’s president, has taken his sweeping anti-corruption campaign into the heart of the country's military, seemingly unafraid to show that a hallowed institution is also deeply flawed. According to press reports, at least ten lorries were needed to haul away the stash of jade, gold and cash found in the basement of one general who now faces trial. But corruption isn't the only problem with China's militaryhttp://econ.st/1ARtrbg

Rank and vile
SO EXTENSIVE was the stash of jade, gold and cash found in the basement of General Xu Caihou’s mansion in Beijing that at least ten lorries were needed to haul it...
ECON.ST

台灣憲法在世界諸國憲法中：
A new Google-powered website lets you compare every constitution in the world and write your own
Constitute is a repository of all the world's constitutions, run by the Comparative Constitutions Project,https://www.constituteproject.org/search?lang=en

Constitute
The World's Constitutions to Read, Search, and Compare
CONSTITUTEPROJECT.ORG 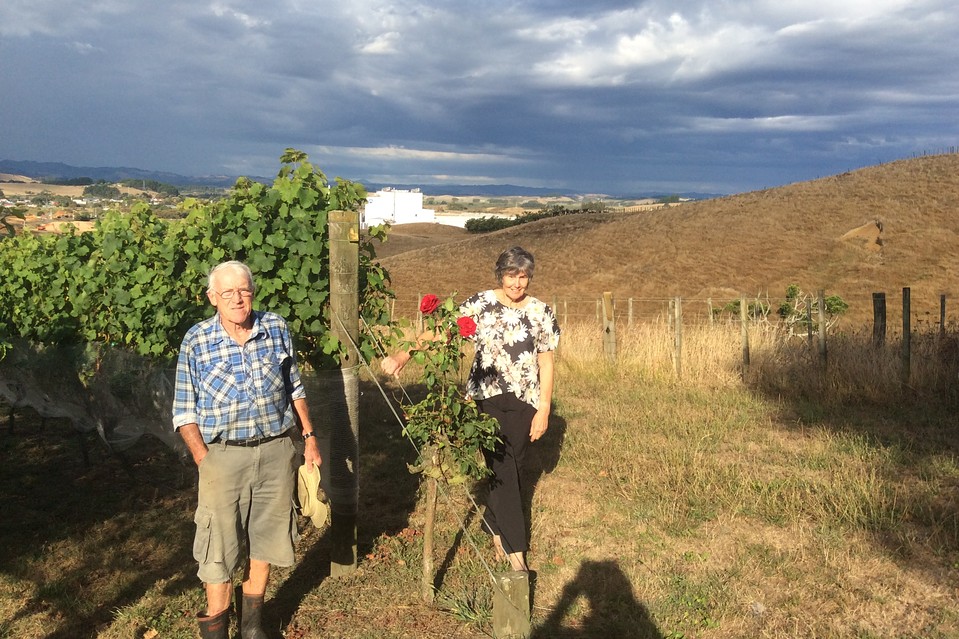 ENLARGE
Ken and Patricia Graham by their vineyard in Pokeno, New Zealand, with the Chinese-owned dairy plant in the background. PHOTO:COURTESY OF PATRICIA GRAHAM

By
ANDREW BROWNE
Updated Feb. 17, 2015 7:18 p.m. ET
2 COMMENTS
POKENO, New Zealand—Ken and Patricia Graham have an unwelcome new neighbor on the farm where they retired to raise sheep and cattle and tend a vineyard—a gigantic Chinese-owned infant-formula factory.
The US$165 million plant emblazoned with the company’s name—Yashili--in Chinese characters fills the view from their wooden deck. Its size is out of all proportion to the surrounding village of Pokeno, which has a population of around 400 in the heart of New Zealand’s dairy country. Before it sprung up last year the biggest structure in the area was a 14-room motel.
How do they feel? “Actually—yuck,” says Ms. Graham. “We like living in a nice rural place.”
Mr. Graham is more damning about the broader industrial development in the area spearheaded by Yashili. “It’s an absolute abomination,” he says.
The shattering of the Grahams’ rural idyll speaks to the disruptive force of China now rippling across New Zealand. China’s surging but unpredictable appetite for milk and other dairy products combined with a sudden spurt of Chinese investment in dairy plants, farmland and real estate is shaking up a traditionally placid way of life in this island nation.
Other small Asia-Pacific countries also feel the jarring effects of their massive size imbalance with China. But a unique combination of demographics and geography magnifies the impact on New Zealand. 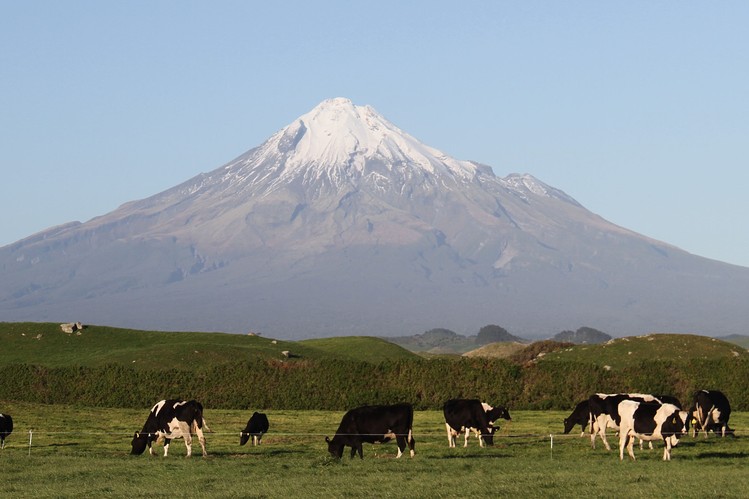 ENLARGE
Cows in a field in the Taranaki area in New Zealand’s North Island. PHOTO: ZUMA PRESS
Most countries produce enough dairy products to meet their own needs and export a small surplus. New Zealand, by contrast, has only about 4.5 million people and an outsized dairy sector sustained by lush pasture. It exports 95% of its output, making it the world’s largest dairy trader.
Urbanization in China has been a windfall for New Zealand. When Chinese farmers settle in cities they buy refrigerators and stock up on milk. But China’s own milk production has struggled to meet demand. With limited agricultural land and concerns about safety after a 2008 scandal in which melamine-tainted formula sickened thousands of babies, China now heavily relies on New Zealand’s pristine farms. They provide 70% of Chinese dairy imports.
The trade has exposed New Zealand to dramatic market shocks. A speculative frenzy of Chinese milk-powder buying in 2013 has turned bust: Prices have roughly halved as others have ramped up milk production to sell to China. Farmers who recently added to their dairy herds are now culling them. Many are saddled with debt that they took on to boost production.
In time, the market gyrations will calm. Yet more fundamental changes under way in settlements like Pokeno have only just begun.
China is no longer content merely to buy New Zealand’s dairy exports: It wants a stake in the entire production chain. With New Zealand lacking its own savings to fund investments, the Chinese flood is likely to continue.

‘For a small country like New Zealand, this is a pivotal moment’
—Rodney Jones, Wigram Capital Advisors

“For a small country like New Zealand, this is a pivotal moment,” says Rodney Jones, a New Zealander based in Beijing as a principal of Wigram Capital Advisors.
The company that built the infant-formula plant in Pokeno is majority-owned by Chinese state-backed giant China Mengniu Dairy Co. It will start production next month. All of China’s top three dairy producers now manufacture in the country.
In just a few years, a previously unknown Chinese private company—Shanghai Pengxin Group Co Ltd.—has vaulted into the top ranks of corporate farmland owners in New Zealand. Pengxin’s rapid acquisitions have touched off a debate about national identity. During the last election, opposition politicians warned that New Zealanders risked becoming “tenants in their own land.”
Such fears are overblown. Yet the sheer speed and scale of recent Chinese buying is daunting to many people in this country.
Although the stock of Chinese investment in New Zealand remains minuscule, the flow is large: About half of all inbound foreign direct investment in recent years has come from China and Hong Kong. Chinese money has helped to inflate a property bubble in Auckland, New Zealand’s largest city.
Mr. Jones questions what New Zealand is getting out of all this investment beyond jobs and tax revenue. The country “is not defining its long-term interests in the right way,” he says.
Others are more sanguine. David Mahon, one of the most experienced New Zealand executives in China who runs his own advisory and investment business in Beijing, agrees there’s a risk that “the real value of what we do is owned by others.” Yet he welcomes the economy’s shift toward new sources of growth. “Our potential as a country is about to be fulfilled,” he says.
That’s not the way it feels to some of the residents of Pokeno. The Grahams, whose farm is next door to the Yashili factory, plan to soldier on for a few more years and then move away. They’re both in their 70s and still own an apartment in Auckland.
Meanwhile, Helen Clotworthy, who with her husband owns the local butchery business Pokeno Bacon, is bailing out now. Her family is moving to a quieter spot nearby, although they’ll keep the shop.
The roar of bulldozers from the Yashili factory has unsettled Ms. Clotworthy, and she’s grown anxious about the way that China is reshaping her future. “They’ve got wealth that we don’t understand in New Zealand,” she says.
張貼者： hanching chung 於 下午9:54 沒有留言: