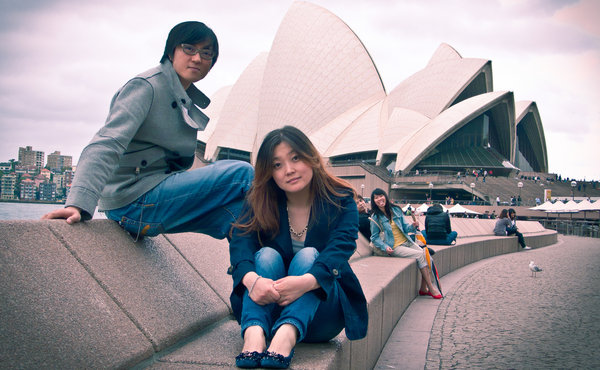 
BEIJING — At 30, Chen Kuo had what many Chinese dream of: her own apartment and a well-paying job at a multinational corporation. But in mid-October, Ms. Chen boarded a midnight flight for Australia to begin a new life with no sure prospects. 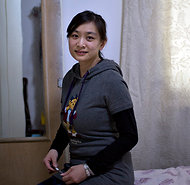 MANILA, PHILIPPINES – Pension systems in many parts of developing Asia are unprepared and underfunded to meet the needs of the region’s rapidly aging population, especially as globalization breaks down traditional family support, says a new book launched today by the Asian Development Bank (ADB).
“Across Asia, great divides exist in pensions available in rural and urban areas, between retirees from the public and private sectors, and those leaving the informal and formal job sectors,” said ADB Principal Economist Donghyun Park and editor of Pension Systems in East and Southeast Asia: Promoting Fairness and Sustainability. “Without far-reaching reforms, the financial burden of these schemes on future workers may become more than they can bear.”
Pension systems need to be fair in coverage, net benefits and retirement age, according to the book. These systems also need to be financially sustainable to assure people that the benefits promised at the end of their working lives are in fact delivered.
A key part of Asia’s economic success story in recent decades has been its youthful population. The increase in the working population has significantly contributed to the expansion of the labor force, widespread growth and greater savings. This demographic dividend is tailing off, however, and falling fertility and rising longevity mean Asia’s median age is rapidly becoming older.
The book urges Asian policymakers to provide adequate old-age income support, offering key lessons from the People’s Republic of China (PRC), Indonesia, Korea, Malaysia, Philippines, Singapore, Thailand and Viet Nam.
In the PRC, for example, where the number of elderly already outstrips the combined total of senior citizens in all European countries, multiple pension systems cover urban enterprises, rural dwellers and civil servants, and will need to be rationalized to create a balanced, sustainable pension framework.
In more youthful Indonesia, the existing system covers just 14% of all private formal sector workers, and pension programs will have to expand by more than 700% to cover both formal and informal sectors. Singapore, by comparison, has a single-tier pension system with nearly universal coverage; however, the average funds per member will be insufficient as the population ages in the next 20 years.
The book also highlights the roles that changing social norms and globalization are playing in the need for pension reforms. In many countries, family-based old-age support mechanisms, such as with children supporting their elderly parents, are breaking down, particularly as globalized labor markets trigger a surge in migrant workers. Strong social protection systems, including pensions, can mitigate the insecurity that globalization brings.

GIAN C. GERONIMO, GMA News September 25, 2012 3:29pm
Asia may be a model of economic success because of its youthful population, but this population is getting older—and according to Manila-based Asian Development Bank (ADB), pension systems in the continent need to keep up with the aging, and fast.

Pension systems in Asia, particularly in developing nations, are “unprepared and underfunded to meet the needs of the region’s rapidly aging population,” according to an ADB statement released on Tuesday.

It was quoting from the book “Pension Systems in East and Southeast Asia: Promoting Fairness and Sustainability,” also published by the ADB.

“A key part of Asia’s economic success story in recent decades has been its youthful population. The increase in the working population has significantly contributed to the expansion of the labor force, widespread growth and greater savings,” the statement said.

According to the book, pension systems need to be fair in coverage, net benefits and retirement age and must also be financially sustainable to assure pensioners that the benefits will really be delivered to them when they retire.

“Across Asia, great divides exist in pensions available in rural and urban areas, between retirees from the public and private sectors, and those leaving the informal and formal job sectors,” said Donghyun Park, the book’s editor and a principal economist at ADB.

“Without far-reaching reforms, the financial burden of these schemes on future workers may become more than they can bear,” Park also said.

The book advocates that Asian policymakers provide better pension systems to support old-age income, citing the experiences of various countries as guides for better policy-making. These countries are: The People’s Republic of China (PRC), Indonesia, Korea, Malaysia, the Philippines, Singapore, Thailand and Vietnam.

“Despite their diverse income and development levels, the common concerns in the pension systems of these eight countries are inequity and potential unsustainability,” ADB Chief Economist Changyong Rhee said in the book's foreword.

The book cites China’s pension systems as systems that need to be revamped to create a “balanced, sustainable” pension framework, in light of the number of the elderly in the country already outstripping the combined total of senior citizens in all European countries.

The book notes that the Philippines' pension system is a primarily defined-benefit scheme, and proposes it should be a defined-contribution scheme instead.

According to international financial services company Sun Life Financial, a defined-benefit scheme is pre-determined and is based on a formula involving one’s years of earnings and service.

A defined-contribution scheme, on the other hand, is not pre-determined and is instead based on the assets of one’s individual retirement plan account. Sun Life Financial notes that this scheme is “popular” because it offers flexibility and choice.

Independent consultant and Actuarial Society of the Philippines fellow Ernesto Reyes, who wrote the book's chapter on the Philippines, notes that there are "significant disparities" between the SSS and GSIS in several aspects that "test the fairness and sustainability of the entire system for present and future retirees," and makes some suggestions on how the current system can be improved.

“To preserve the pension system, the government should consider raising the retirement age [from 65 to 70], increasing contributions, combining the two programs [GSIS and SSS], gradually shifting to a defined-contribution system, and expanding the economy,” he said.


Democratic Progressive Party (DPP) members yesterday provided futher evidence in support of allegations that Vice President Wu Den-yih (吳敦義) hired a family member who was allegedly involved in the Lin Yi-shih (林益世) scandal to handle his political donations.
Hau Ying-chiao (郝英嬌), Wu’s sister-in-law, was in charge of his campaign finances and political donations in 1994, 1998, 2001 and 2004, DPP Legislator Chao Tien-lin (趙天麟) and DPP Central Executive Committee member Hung Chih-kun (洪智坤) said on Sunday and yesterday via Facebook messages.
Hau has reportedly been in close contact with Wu Men-chung (吳門忠), a Nantou-based supporter of Wu Den-yih who allegedly admitted receiving a NT$10 million (US$330,000) kickback in the Lin scandal. Hau allegedly called Wu Men-chung to say a report in the Chinese-language Next magazine had linked him and Wu Den-yih.
Wu Den-yih has spent the past week clarifying — with conflicting explanations — the report that hinted at his possible role in the Lin scandal.
The former premier, who has vehemently denied his involvement in the Lin scandal, first said Hau was a housewife who did not handle political affairs, but later admitted that she helped with campaign finances in 1994 and 1998, adding that it was natural for family members to help out with campaign affairs.
Chao said that Hau’s handling of political donations and campaign finances was neither illegal nor immoral, but asked why Wu Den-yih “had to lie about it.”
While there was no evidence that part of Wu Men-chung’s kickback had been transferred to Hau or the vice president, Chao said that the Special Investigation Division (SID) of the Supreme Prosecutors’ Office should probe Hau’s role in the scandal and records of Wu Den-yih’s political donations.
Meanwhile, former DPP -Kaohsiung city councilor Huang Chao-hsing (黃昭星), accused Wu Den-yih of illegally hiring his sister-in-law, Huang A-hsueh (黃阿雪) in the Kaohsiung City Government.
Wu Den-yih, who served as Kaohsiung mayor from 1990 to 1998, said yesterday that the hiring was legal.
In reponse to reporters’ questions, DPP spokesperson Lin Chun-hsien (林俊憲) said the party would not speculate on whether Wu Den-yih was involved in the Lin scandal, but said that the vice president “has not been telling the truth to the public.”
“Honesty is the best policy. Wu [Den-yih] is responsible and obligated to offer a clear explanation to the people,” Lin said, urging the SID to open an investigation.